We would like to offer our sincere support to anyone coping with grief. Enter your email below for our complimentary daily grief messages. Messages run for up to one year and you can stop at any time. Your email will not be used for any other purpose.

Share a memory
Obituary & Services
Tribute Wall
Read more about the life story of Mr. Phillip and share your memory.

Mr. Johnson had made his home in Rome for a number of years, and was associated with the Courtesy Ford Company and prior owners for 32 years. He was a Senior Master Technician, and had also managed the parts department for them. Mr. Johnson had also taught martial arts at the Jeet Kune Do in Rome and was of the Baptist faith.

Besides his father, Mr. Johnson was preceded in death by an infant daughter, Stormy Renee Johnson November 5, 1999.

Survivors include his wife, the former Bobbie Irvin, to whom he was married April 30, 1999; by three children, Lucas Blake (Lisa) Callahan of Rome, Brandon Taylor Gray of Rome, and Nicholas Blake (Aliyah) Johnson of Cedartown; and by three grandchildren, Blake, Conner and Luna. His mother, Patricia Johnson Cook and his step-father, Gary Cook of Jasper, Alabama; his sister Debbie (Mike) Winchester of Parrish, Alabama; special friends Dana Sears of Rome, Renee Drake of Rockmart and his extended work family at Courtesy Ford of Rome also survive.

To send flowers to the family or plant a tree in memory of Mr. Phillip Lynn Johnson, please visit our floral store. 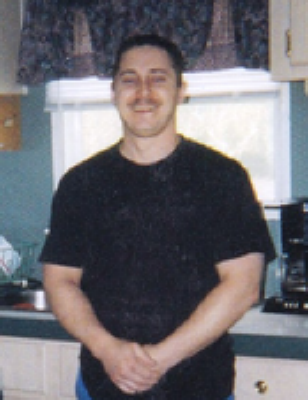 In Loving Memory Of

Look inside to read what others
have shared
Family and friends are coming together online to create a special keepsake. Every memory left on the online obituary will be automatically included in the book.

In Loving Memory Of

Look inside to read what others have shared

Family and friends are coming together online to create a special keepsake. Every memory left on the online obituary will be automatically included in the book.

You can still show your support by sending flowers directly to the family, or by planting a memorial tree in the memory of Mr. Phillip Lynn Johnson
SHARE OBITUARY
© 2023 John House's Cave Spring Chapel Funeral Home. All Rights Reserved. Funeral Home website by CFS & TA | Terms of Use | Privacy Policy | Accessibility