Plant a tree in memory of Mrs. Lou Tate
An environmentally-friendly option 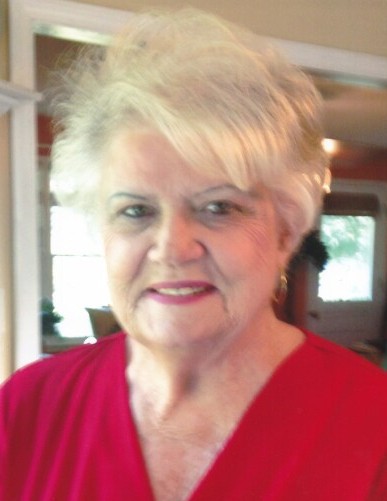 The former Lilla Lou Booth, Mrs. Tate was born in Manor, Georgia on August 18, 1932, the daughter of the late Tillman Walstein Booth and the late Ollie Mae Smith Booth. Mrs. Tate was Miss Ware County Tobacco Queen in 1948, and was a graduate of the University of Georgia, earning a B.S. degree in Home Economics. While in college, she met her future husband, Ray James Tate, Sr., and they were married Aug. 9, 1953.

Mr. and Mrs. Tate had made their home in Cave Spring since 1967, and she was an active member of Live Oak Baptist Church. Mrs. Tate had a talented ear for music and shared it as pianist at their church as well as a member of the Promised Land Quartet. She loved gardening, singing, worshiping the Lord, and making others happy. She would say, “I try to enjoy life to the fullest every day, wherever I am. Your life is what YOU make it and remember, God should always be first.”

Besides her parents, she was preceded in death by her husband of 56 years on September 17, 2009, and by a brother, Tillman Booth.

The family received friends at the church Wednesday from 2:00 P.M. until the funeral hour. At other hours, they were at the residence of her son, Jimmy and Selena Tate.

Flowers will be accepted or memorials may be sent to the Live Oak Baptist Church Building Fund, 5506 Foster’s Mill Road, Cave Spring, Ga. 30124.

The family would like to thank the caregivers and staff of the Renaissance Marquis and Heyman Hospice for the special care that they gave to their mother, Mrs. Tate.

Plant a tree in memory of Mrs. Lou Tate
An environmentally-friendly option

Plant a tree in memory of Mrs. Lou Tate

Thinking of you all!
She was such a special Lady—capital L, for sure—a true southern Lady!!
Love, hug sand prayers,
Dondra and All the Girls and Families

I'm so sorry for your loss.  Mrs. Tate was a wonderful lady and always showed us all so much love.  She will be missed by many.  May she rest in eternal peace.  Love to you all.  Teresa and John Mann

Our family is so saddened by Lou's death.  We loved her very much and are sorry we can't be with you all, but you can count on prayers for each of you, as we have since we heard of her going home.  Can't you just imagine the happy reunion that is happening!  Your Mother was a wonderful Christian woman, a dear friend and so proud of all of her family!  She will live on in each of you!
We love you all.    From Florida - Gary, Melita, Autumn, Bryan, Carson, Caroline and from vacationing in the Northwest: Heath, Emi Kate, Hayes - the Ashworth families & Kiser family.

Prayers for your family. I am so sorry for your loss, but thankful for the assurance of our being united with our loved ones again, forever.

Plant a tree in memory of Mrs. Lou Tate