Plant a tree in memory of Spenser
An environmentally-friendly option 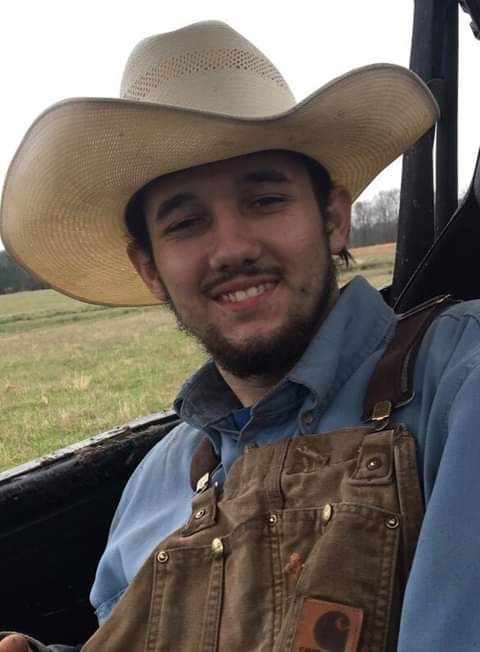 Mr. Sumner was born in Krasnodar, Russia on July 7, 1997 and came to live in America with his parents Dr. Randolph Sumner and Dr. Susan Butler Sumner. He grew up in Cave Spring, and attended Cave Spring Elementary, Berry Elementary, Unity Christian School, and was a graduate of the Coosa High School. He attended the Chattahoochee Technical College and was employed by the IBEW Local 613. Mr. Sumner had attended the West Rome Baptist Church and was a member of the Second Avenue Baptist Church.

Known for his big, infectious smile, Mr. Sumner touched many lives and enjoyed the outdoors and farm life in the country. In school, he played football and basketball. He loved his friends and off road vehicles. He had studied farming and raising livestock, and was president of the Sumner Cattle Farm.

Mr. Sumner was preceded in death by his maternal grandparents, Corn and Bill Butler of Lafayette and Jack and Meredeth Butler of Hawkinsville.

In lieu of flowers, the family request that memorial be sent to Show Hope Adoption Aid, and their website is fundraise.showhope. or g/fundraiser/32035552.   Be sure to designate memorials made in Spenser Sumner’s name.

Plant a tree in memory of Spenser by clicking here.
To send flowers to Spenser's family, please visit our floral store.

Plant a tree in memory of Spenser
An environmentally-friendly option

Plant a tree in memory of Spenser

5 trees planted in memory of Spenser

To the Sumner and Butler-Sumner Family my Mother and I would like you to know our thoughts and prayers are with you all.

Spenser-"our little white russian" this is unreal! We r gonna miss u so much! We feel so blessed to have spent that last evening with you before your last ride! Our hearts r broken but we r sure that you & Mr. Dempsey r together in heaven & we will meet u there when our time comes! We will carry you in our hearts forever & will be planting a tree in your memory @ the old Fosters Mill Store! We love u SON💜💔

Dr. Sumner - Rich and I want to send you our thoughts and prayers during this time with the loss of your son. I remember being in the office and meeting Spencer one time, he was a blessed young man to have you as his father.

I will forever hold his big smile in my heart ❤! I loved him SO much! He could always make me smile!! I can't believe he's gone.

Plant a tree in memory of Spenser