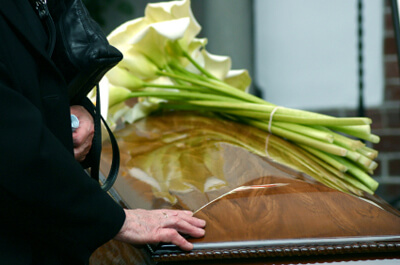 In the late 1980’s, Cave Spring’s first funeral home, Cave Spring Memorial Chapel, opened under the direction of Mr. Randall Cole in a small house on Love Street. Later, renamed the Cole Funeral Home, the firm moved to the funeral home’s current location in 2000, only to close in the fall of 2001. Shortly thereafter, I was approached by several local citizens and asked to take over and re-open the funeral home to serve the needs of our community here locally.

Knowing we would be unique among funeral homes in our area, John House’s Cave Spring Chapel Funeral Home opened in June of 2002 and was the choice of many local families almost immediately.

One of the things that makes us stand out among others is that when you call John House’s Cave Spring Chapel Funeral Home, you get John House. Being committed to provide you with dignified, personal, and affordable service, I will be there to answer the first call, to go to the place of death, to do the embalming and preparation work, to sit down with you to make the funeral arrangements, to attend the receiving, direct the funeral and to help with all the paperwork afterward. In short, there is no manager, and you won’t be handed off to someone else.

Having grown up in Cave Spring, I am a 1971 honor graduate of the Cave Spring High School, attended the Georgia Institute of Technology, and was an honor graduate of the Gupton-Jones College of Mortuary Sciences. I registered my apprenticeship with the Georgia Secretary of State in 1973, became a licensed embalmer in 1976, and a licensed funeral director in 1977. Having started my funeral service career as a summer intern at Daniel’s Funeral Home in Rome in 1972, I now have almost 45 years of experience in funeral service.

Experience you can trust.